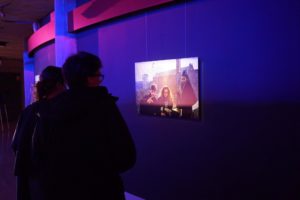 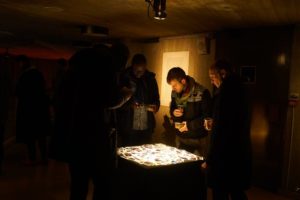 The discourse on different generational perspectives on Europe has perhaps reached an apex in its pertinence, with the emergence of young adults born after the Maastricht Treaty (1992) that have always lived with defacto European integration. “I was on a flight from Dublin seated next to this 70 year old woman, with very eurosceptic views”, tells Allouf, “and along the conversation was revealed how the job market she had faced in her youth was much less anxious than the one of today”. This sounded almost like a myth, with the YPAL attesting them having grown up as a generation that was constantly told; “for a long time in history, you will be the first generation that is largely worse off than its parents”. But lacking the comparative perspective of a pre-EU era, it is seen as a ‘given’. A system permanently in place, which one shall work from within. The calls for decentralisation, sharing economies, and different collective initiatives are a proof of this; a generation, finding itself at unprecedented economic disadvantage, trying to find its place in Europe.

Arguments seeing Europe as nothing but an economic union, a military union, a political union, are often evoked in the public debate. Especially with the state of emergency in France having lasted from November 2015 to November 2017, it is difficult to argue for a common European identity under increasingly protectionist rhetoric. “Self-protection can’t coexist with a collectivist identity”, Allouf argues. Another highly functionalist perception of Europe is brought up, that of European integrity post-WWII being financially crafted through the Marshall Plan (1948) by the United States. As a militaristic strategy during the Cold War, and out of neoliberal motivations to promote an adjacent market for US companies. On top of owning its roots to the European Coal and Steel Community (1951), the very foundations on which Europe was built are thus highly commercial. “I find it interesting how, when invoking a conversation about Europe, we find ourselves talking about everything else, but Europe”, reflects Allouf. Weather or not it is viewed from a strictly pragmatic point of view, the implications of the European Union concretely still can be felt in our daily professional lives, through which it then may or may not radiate sentimental values.

When asked to describe European “utopism” by Allouf, the YPALs responded by an aspiration to rather represent European “optimism”. A rise in governance by the people, for the people, stands as a result from an increasing climate of institutional alienation. This however testifies a willingness of the youth to be an active contributor to society. “As a generation, we have been ‘demilitarized’ from the start; in remembrance of post-WWII, any kind of revolutionary movements are badly seen”. This leaves open the path of progressive reformism, accessible to young people by popular initiatives, inherently necessitating a regional focus; hence, decentralisation. “Europe provides a framework for talking about social reality, and conversation about Europe leads to debates which one wouldn’t usually start by questioning European identity. I find that intriguing”, Allouf observed.